Vocal Jazz at the Apollo Theater 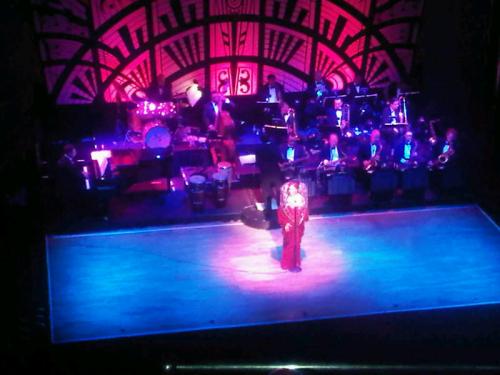 Cecile McLorin Salvant, a name to remember! A French American born and raised in Miami, Florida of a French mother and a Haitian father. What a voice! She performed last night at  the Apollo Theater in Apollo Club Harlem, an original production celebrating the theater’s own history.

No need to present the Apollo, this mythical theater created in 1934 in West Harlem where the best jazz musicians and singers of all times performed including Count Basie, Duke Ellington, Ella Fitzgerald or Billie Holiday. Well,  last night it was no less than DeeDee Bridgewater who starred in the production. Sharing the stage with her was amazing Cecile. Both singing I don’t mean a thing gave an impressive show of vocal jazz. In the Apollo’s tradition of the Amateur Night contests started in 1934, in the show hosted by Maurice Hines,  different dancers, singers, tap dancers performed one after the other.

A perfect  New York night  ending with a drink at Red Rooster.

One response to “Vocal Jazz at the Apollo Theater”