Zinnias: the Life of Clementine Hunter

I really enjoyed the latest creation of stage director Robert Wilson: Zinnias, the Life of Clementine Hunter at Montclair State University. It was a nice surprise, colorful and greatly musical and quite different from Robert Wilson’s other works.

It was a « childish » play in some ways reflecting the close and confined world of Clementine Hunter. Clementine was born in 1887 and raised on the Melrose cotton plantation in Louisiana owned by French immigrant Claude Thomas Metier and Congo born Marie Therese Coincoin. She first worked in the fields before being hired as a maid in the main house. All of this would be of no interest if it was not for the artistic life that when on in the plantation, the residencies of painters in the Yucca house that allowed Clementine to gather end of paint tubes and old brushes, and finally start painting. Thanks to the protection and friendship she developed with Francois Bignon, the contremaitre, she painted more and more and finally her works was exhibited in a museum in New Orleans where she was not allowed to go in this times of segregation expect when the museum was closed on Sunday.

Thierry Mugler style  costums cut in primary colors, simple gestures performed with élégance and restraint, beautiful live music from the South….. Bob Wilson succeeded in making the life of Clementine Hunter what it was, a small miracle. But so was it for the famous American director who has elected domicile in Long Island at the Watermill 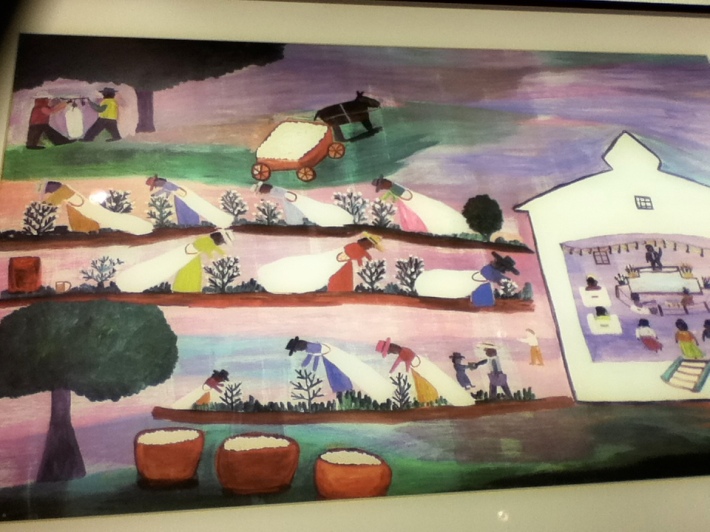 center. He met Clementine when he was 11 and his parents took him on a visit to the plantation. He loved the paintings and asked his parents to buy him one for 25 cents. He went back as a teenager and bought more and stayed in contact with the woman. She died at 101, and this play is a tribute, full of love and respect. 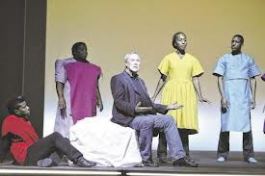